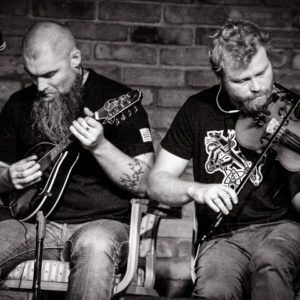 Shannon was formed by Marcin Ruminski in 1994 in Olsztyn which lies in the North East of Poland.

From the moment of Shannon’s inception it has been a dynamic, constantly challenging journey allowing development in its form with both music style and band members. This inexorable change had one sole purpose and aim to allow Shannon to grow and establish itself amongst musicians of folk music within Poland and to be recognized in many European countries as well as around the world.

Shannon has been constantly striving to get a firm footing in the folk music world from the very beginning and in fact managed to achieve this goal by the new millennium, over ten years ago.

Shannon often combined the core of Celtic music (Irish, Scottish and Brittany) as well as world music, rock, jazz and pop, which for many years has been an instantly recognizable characteristic of Shannon’s Style of music. Even though modified and a mixture of the above is always easily identifiable as belonging to the very essence of Shannon’s Music. It has been made possible mainly thanks to the band leader Marcin Ruminski whom has been directing the band ever since its formation in 1994.

Currently there are no comments related to this article. You have a special honor to be the first commenter. Thanks!